Everybody has heard a sleepwalking story; a friend of a friend woke up eating from the fridge, a younger brother used the pantry as a toilet, and countless half empty cartons of milk were found in the broom closet. These sleepy misadventures can leave behind some pretty funny evidence, and leave families and suffers awfully confused (and often laughing). But what is sleepwalking, exactly? And what causes it?

Sleepwalking is a type of parasomnia, a sleep disorder characterized by abnormal or unusual behavior of the nervous system during sleep. According to the Sleep Foundation, it can actually involve more than just walking during sleep – it actually refers to the many complex behaviours a person can carry out while sleeping. Some people sit up and look around, unaware of their surroundings, while others might even go so far as driving a car. It can get pretty scary when the somnambular adventure goes from a stroll to the next room to an oblivious road-trip.

We’ve compiled firsthand accounts and news stories from and about people who’ve experienced some larger than life sleepwalking journeys.

1. Teen Wakes Up 9 Miles From Home 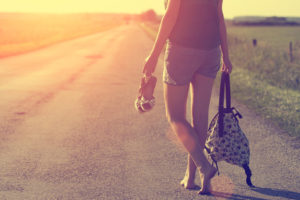 In 2015, a teen in Colorado went missing from her parents’ house for over 3 hours. She was found later on, having walked 9 miles to an area near her uncle’s home. “First thing I remember was just walking, it took me a minute to realize I wasn’t dreaming, but that I was actually walking,” the teen said about waking up. 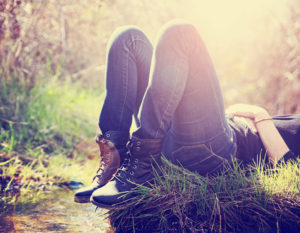 An Idaho woman was found on more than one occasion on a river bank near her home and hospitalized for hypothermia. The woman reported to ABC News that she dreamed she was drowning, only to wake up in the river. Her husband has since installed alarms on the doors of their home. 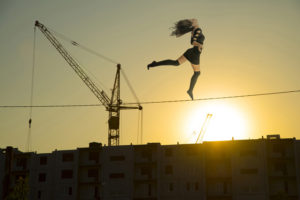 A teen in the UK was spotted sleeping soundly on a 130ft crane at 2am one night back in July 2005. A rescue team operated as quietly as they could, so that they would not startle her and cause a fall. The team used a hydraulic ladder to get her down after waking her, and her parents came to collect her, safe and sound.

It’s a mystery how she climbed the crane in the first place. Read the full story here. 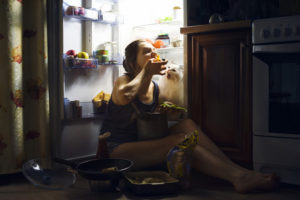 A young woman reported that she gained 60 pounds in the year and a half from eating in her sleep. At first, she didn’t realize she was doing it, but was consistently waking up tired. She consulted her doctor, who suggested a sleep study. To everyone’s amazement, cameras installed for the study captured the woman making five different trips to the kitchen over a two-night period.

How did she not choke? Read the full story here.
Most sleepwalkers wake up with little or no recollection of the events, and often rely on accounts from their families (or witnesses) for the details. It’s not uncommon for children to sleepwalk, and it often subsides with the onset of adulthood. There are treatments available, but mostly it’s important to protect known sleepwalkers from related injuries. The resultant stories can be very entertaining, but if it persists, worsens, or becomes dangerous, it may be time to consult a doctor.