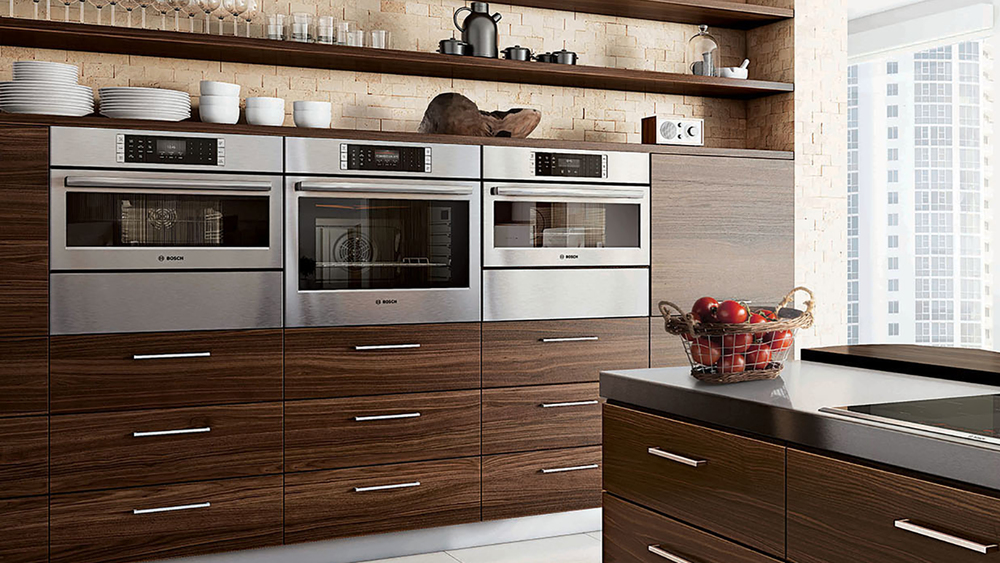 Steam ovens are a major kitchen appliance trend that’s been picking up steam — pun intended — for the past few years.

They’re a great way to get healthier, fresher, tastier food without having to adjust your cooking or grocery shopping habits – hence their growing popularity – but many people are still unfamiliar with the particulars of this appliance trend. So what is a Bosch steam oven, and how does it work? It turns out, this innovation in cooking tech could be the key to making the most of your kitchen.

What Is a Steam Oven?

Steam ovens are just what they sound like – ovens that use hot steam rather than hot air to cook food. They introduce a whole new level of cooking to your kitchen, and can even reheat things more effectively than microwaves, making them an awesome double whammy for your home. You can use a Bosch steam oven in place of a standard convection oven, or double it up with your existing oven for even more range and cooking power. 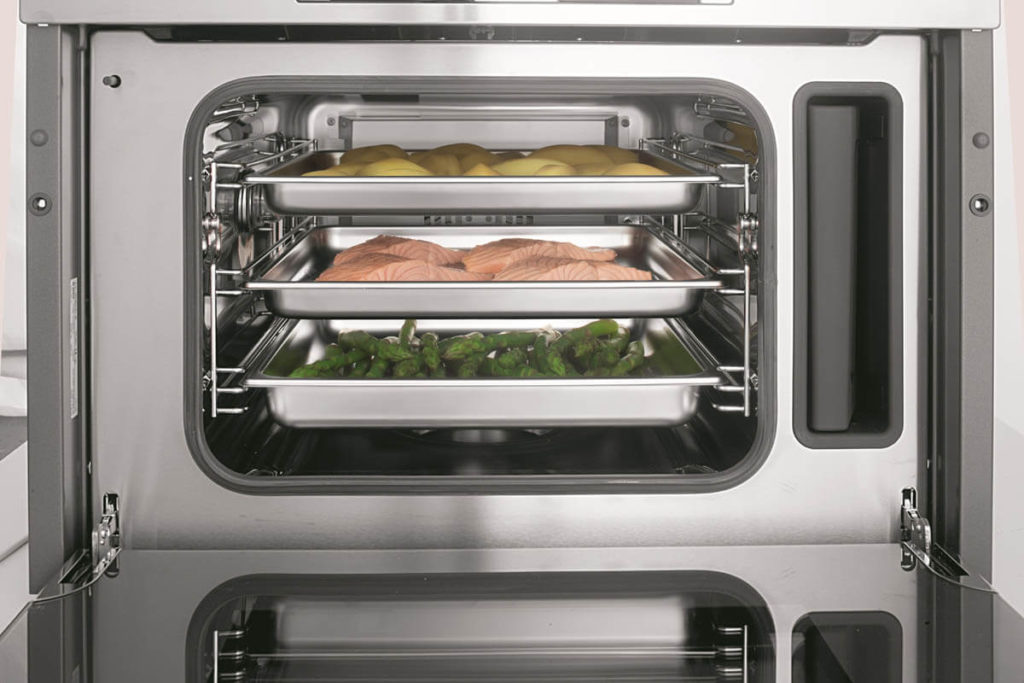 How Do Bosch Steam Ovens Work?

Most steam ovens work by siphoning water from a small water tank into a built-in boiler, heating it to 212 degrees Fahrenheit, and releasing the steam into the oven. This superheated steam is just as effective at cooking your food through as the circulated hot air that makes convection work, and is often even faster.

Some more upscale models can even be connected directly to a water line, so you don’t have to worry about refilling the tank after every meal. But for most steam ovens, no special hookups are required – just plug it in, fill up the water tank, and get to cooking, just like a regular oven.

Why Get a Bosch Steam Oven?

So why all the hype? Well, for one, just about anything you can cook in a traditional oven, you can cook better in a steam oven.

Steam ovens are generally considered to be healthier than standard ovens. The steam helps lock moisture into whatever food is being cooked or reheated, eliminating the need for extra oils and fats to keep food moist. No more getting trapped in the kitchen basting that turkey to keep it from drying out! They also help your food retain its natural vitamins and minerals, so you get the most nutritional value from your food. It goes without saying that health nuts have been going … well, nuts over these things.

The one downside of steam ovens is that, because water boils at 212 degrees, you won’t be able to easily cook foods that require being cooked at higher temperatures than that. Because of this temperature limit, steam ovens usually work best as a complement to standard convection ovens, or even better, when incorporated as a combi-steam unit, which can cook using both steam and convection, depending on the dish’s needs.

But the optimized flavour of the food that comes out of a steam oven is well worth its minor drawbacks. Even several-days-old food can be given brand-new life with a reheat in a steam oven – and the flavour only gets better for fresh dishes.

Bosch Steam ovens are a great way to give your cooking a kick and make your daily diet a little healthier too! They’re a simple addition to your kitchen, and signs point to this trend sticking around for quite some time. Plus, when you shop with us, you’ll get great deals and expert advice on Bosch steam ovens. Stop on by to see our selection and see how steam will steal your heart!